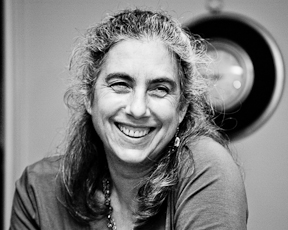 Ms. Rosen was born in New York City in 1953, raised in Usonia, a cooperative community inspired by Frank Lloyd Wright’s architectural principles in Pleasantville, New York.  She and her husband, Michael, have lived in Ridgewood, New Jersey since 1984.  They have three children: Rebecca, Daniel, and Aviva, who all graduated from Ridgewood High School. In 1971, her senior year at Byram Hills High School in Armonk, New York, Ms. Rosen was the photography editor of the yearbook which departed from the norm when it featured candid portraits of all seniors and members of the faculty. After completing her B.A. at Hampshire College, Amherst, Massachusetts in 1975, Johanna received her law degree from Hostra Law School in Hempstead, New York in 1979.  She was an Assistant District Attorney in Bronx County, New York from 1979 until 1985, where she began the city’s first Domestic Violence Unit. In 2005 and 2006 Ms. Rosen exhibited a collection of photos from Brazil, Italy, London, Israel, Arizona, California and New Jersey entitled Visions of Johanna, Photographer on Holiday at the YJCC Atrium Gallery in Washington Township, New Jersey.  She has also exhibited at The Stable in Ridgewood,  The Valley Hospital’s Gallery and at the Ridgewood Library in 2008.